The first time I lived abroad was as a student learning Mandarin here in Beijing. It is not uncommon for Chinese-Filipino families to send their children to China or Taiwan to study Mandarin for a semester or two before finding a job, and I happened to be one of those kids.

My first foreign contact was a Korean girl who was my roommate and eventually also my best mate.

My Korean roommate was younger than me by a few years, so it shocked me that she could cook. Likewise, it shocked her to discover that I couldn’t even fry an egg. If you find me silly, then you’ll probably find it shocking that many of my peers in Manila at the time couldn’t do it either. Most of us grew up with helpers, after all.  Our expectations and our views are shaped by several factors, like our environment, our culture and our own family’s personal values.

I was hired as an English teacher in 2012 at a local teaching academy. I was assigned a desk next to M, an American co-worker who was surprisingly just as chatty as I was. Of course, not all Americans are chatty. But the ones I’ve met are much more outspoken and direct than my countrymen. And though I did my best to pretend otherwise at the time, her blunt honesty and straightforwardness shocked me once in awhile. What a relief!

The way she spoke was honest but not to the point of insulting, and she made me feel like I finally wasn’t alone. Interestingly, though, as the months passed by I would notice her starting to choose her words more carefully around our Chinese co-workers. While I was learning to adapt to my Western friends, she was learning to be more conscientious with her choice of words.

My husband would first discover “Filipino time” when I tried introducing my friends to him for the first time. By the time everyone had arrived more than an hour had passed, and some had said they could make it in time. My husband would only discover how deeply ingrained this “Filipino Time” attitude was in my being after we got married. What would have been more acceptable in the Philippines was considered an insult in my husband’s culture.

Likewise, I had to ask my husband to slurp his noodles a bit more quietly whenever we were in the Philippines. He’s getting the hang of it, especially since he doesn’t like attracting stares from fellow customers.

Some of my longest and favourite lunches were organized by our Latin American friends. That was when I first discovered that some eat outs don’t have to end just because lunch time is over.

My husband and I had this group—we were three couples in all—with whom we would have marathon lunches that would reach all the way to dinner and even beyond if no one said anything—or rather, we had too much to say. My Latin American friends taught me that having lunch is not just about the food on the table, but the connection that happens because of the food.

The other couple in that group are our Korean friends, and interestingly we both had our first child just a few months apart. She introduced me to books and places and Korean-related information that helped me with parenting in Korea. Isn’t it fun to have a friend to transition into motherhood with?

Not only did I have a friend who would always understand, but because Koreans are naturally more independent since they don’t have helpers, I unintentionally raised my children to be a mix of our cultures. 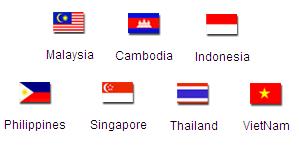 Application for the Position of CCVP of AIESEC SEA Conference An Exciting Adventure with 20 Youths from Different Nations

Penang Boy’s Advice: How to blend in with the locals 6 Simple Ways To Spend Your Holiday