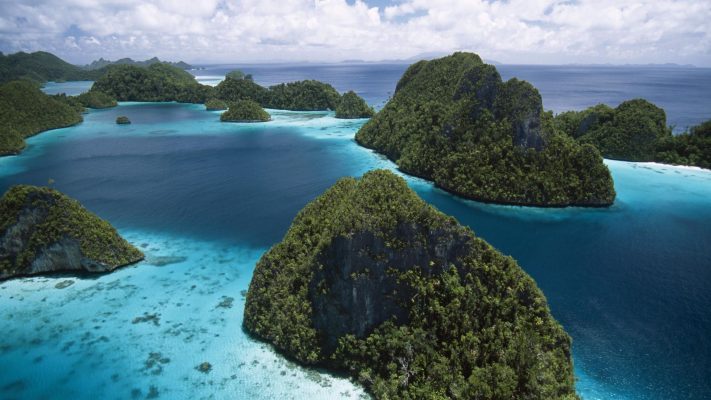 The Republic of Indonesia is the largest archipelago in the world comprising 17,504 large and small tropical islands fringed with white sandy beaches. Straddling the equator, Indonesia situated between the continents of Asia and Australia and between the Pacific and the Indian Oceans.

Because of her location, and geology, Indonesia is blessed with the most diverse landscape, from fertile ricelands on Java and Bali to the luxuriant rainforests of Sumatra, Kalimantan and Sulawesi, to the savannah grasslands of the Nusa Tenggara islands to snow-capped peaks of West Papua.

Culturally, Indonesia fascinates with her rich diversity of ancient temples, music, ranging from the traditional to modern pop, dances, rituals and ways of life, changing from island to island, from region to region. Yet everywhere the visitor feels welcomed with that warm, gracious innate friendliness of the Indonesian people that is not easily forgotten.

Every year, AIESEC in Indonesia held youth Leadership conference for the newly recruited members and Exchange participants to interact with AIESEC, experience the culture of AIESEC, and got connected with AIESEC network.

In this year, AIESEC in Indonesia would held Indonesia Youth Leadership Conference (IYLC) 2010 ‘The Transformation of Impactful Leaders’ . This event will be held on 18th – 21th November 2010 in Bandung, West Java, Indonesia.

And we’re opening for International facilitator to be part of this conference!!

Check out this link :
http://www.myaiesec.net/content/viewfile.do?opern=next&contentid=10144280

Dont think too much and be part of this conference!!

4 Insights Changing the Way You Hire and Retain Young Talent 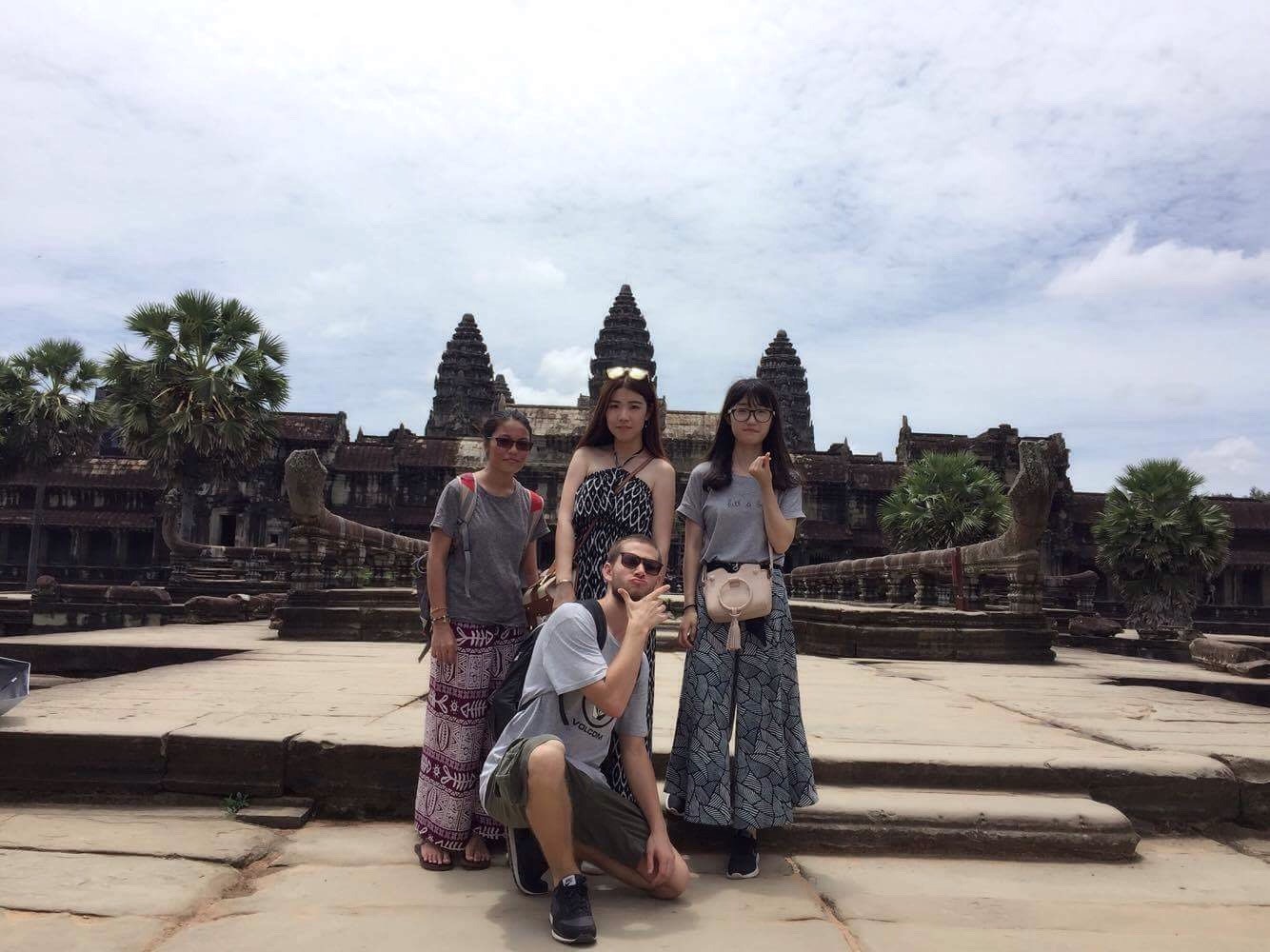 An Unforgettable Spur of the moment in Cambodia 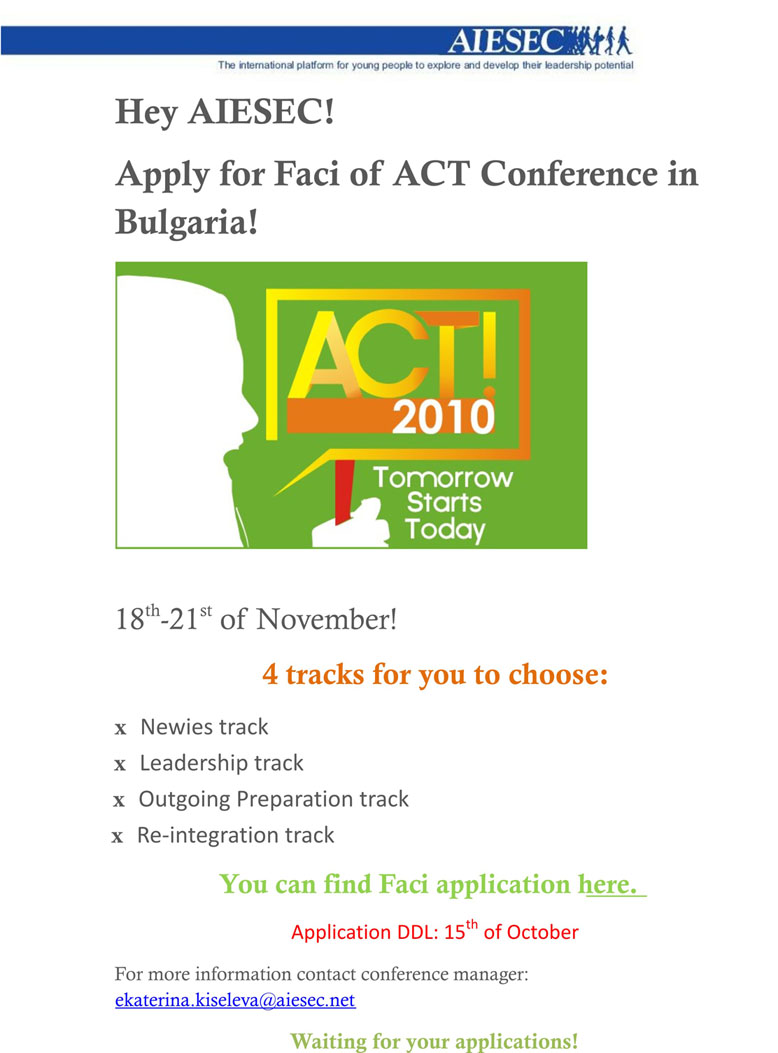 Apply for Faci of ACT in Bulgaria!