On the 8th of July, AIESEC in Malaysia inaugurated the first ever Youth Speak forum, formerly branded as AIESEC’ Youth to Business (Y2B) forum. Held on the second day of AIESEC in Malaysia’s National Convention (NatCon) 2015 at the Great Hall, University of Nottingham Malaysia Campus (UNMC), the Youth Speak Forum was established to connect the leaders of AIESEC in Malaysia to personalities pursuing their dreams in creating valuable business venture around the calls of the communities we live in.

The Forum began with a National Partnership Launch presented by Unilever which was represented by Ms. Ramya Balakrishnan, the Human Resource Manager, and Ms. Amy Lim, the Employer Branding Specialist. Ms. Amy is also an alumni of AIESEC in Taylor’s University.

After the partnership launch, the floor was handed to Mr. Cheah Kar Fei, the Chair for the Youth Speak Forum as well as the former President of AIESEC in Malaysia 2012/2013. He is currently running his own consulting and coaching business, as well as working on a project with Mindvalley. He stressed the point that Youth Speak is for us, as Malaysians, to speak out and gather ideas considering the current economical and political state of Malaysia.

He encouraged the delegates to have an open mind and be proactive throughout the Forum.

This was followed by two very inspiring Power Talks. The first was delivered by Daniel Audunsson, a 25 years old Icelander and the founder of Vimle.com (a social e-commerce company using the functions of Amazon) which is based in the Philippines.

He show the plenary an interesting global, modern business model that is a good testament for what is possible today, and what are the important lessons that he has learned as an entrepreneur and in life. He shared his belief of true success, where it is about connecting your purpose and passion in life in order to create something that is a force of good in the world and people’s life.

The next Power Talk was delivered by Ezekiel Vicente, the current CTO of Mindvalley and an alumni of AIESEC in Philippines. He explained the importance of setting a strong culture within a company which enhances productivity of its employees. The delegates were then allocated to participate in three different workshops. The first workshop was conducted by Ms. Mei Jin Lim, an alumni of AIESEC in Malaysia and representing Teach For Malaysia (TFM). Her workshop touched on the topic of fundamental issues of the Malaysian Education system.

The second workshop was conducted by Ms. Milena Nguyen and alumni of AIESEC in Vietnam, where she explained how she founded her own initiative, Soulful Garden. She enlightened the delegates on understanding the four blocks of life (Mind, Body, Soul, Spirit). The third, and final workshop, was conducted by Laís de Oliveira, an alumni of AIESEC in Brazil currently working as a community builder with Startup Grind. She explained how technology plays a pivotal role in driving business operations, and utilizing it effectively is of paramount importance.

After the workshops concluded, the delegates returned to the Great Hall for the final session “Ideation” in which aimed to encourage ideas based on the learning from diverse speakers and workshops throughout the day. The delegates were to identify key issues that are plaguing Malaysia as a country and then use the business canvas model and root cause analysis in order to suggest key solutions in solving these social issues.

The Youth Speak Forum was officially closed after the final session. 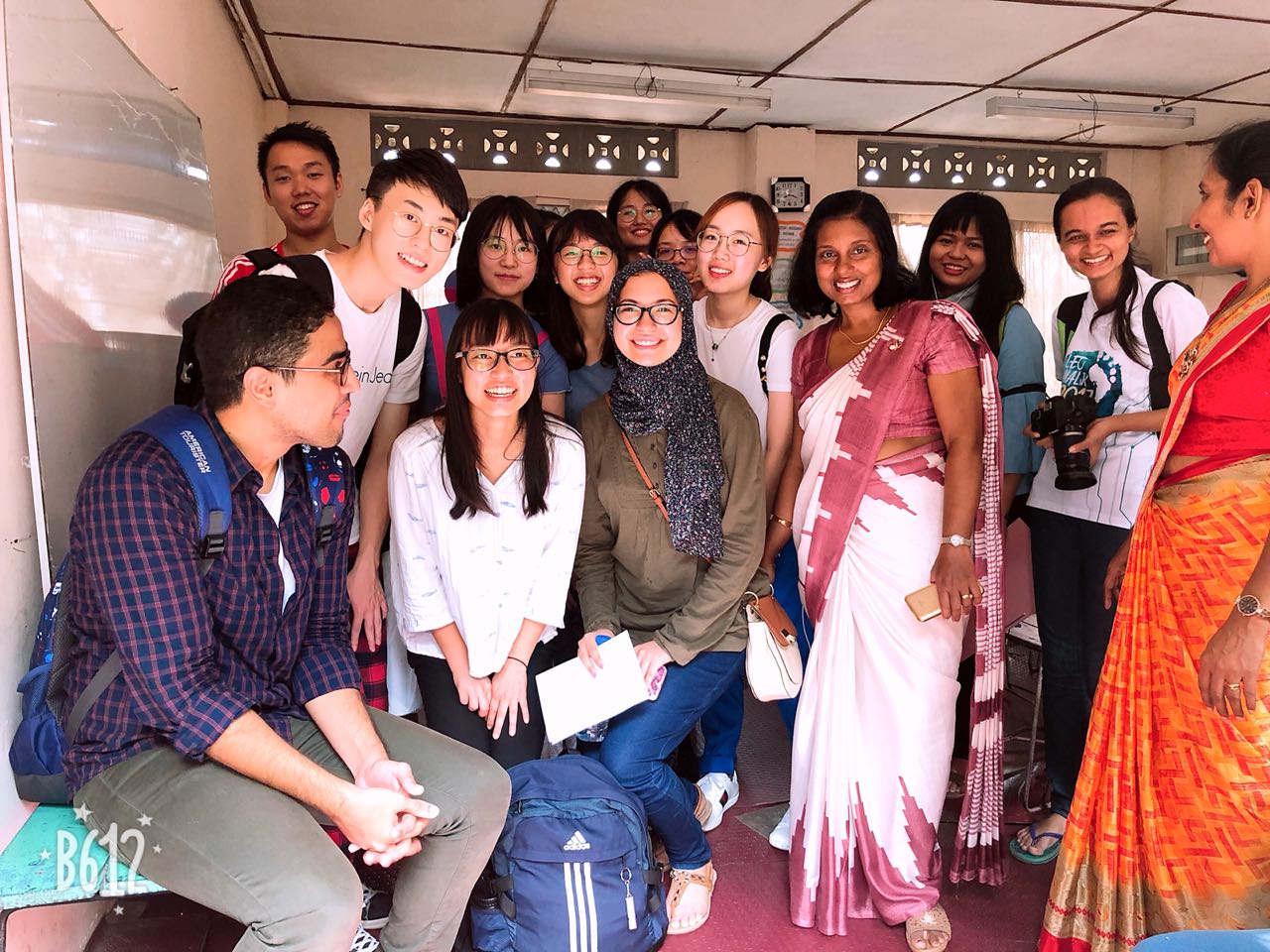 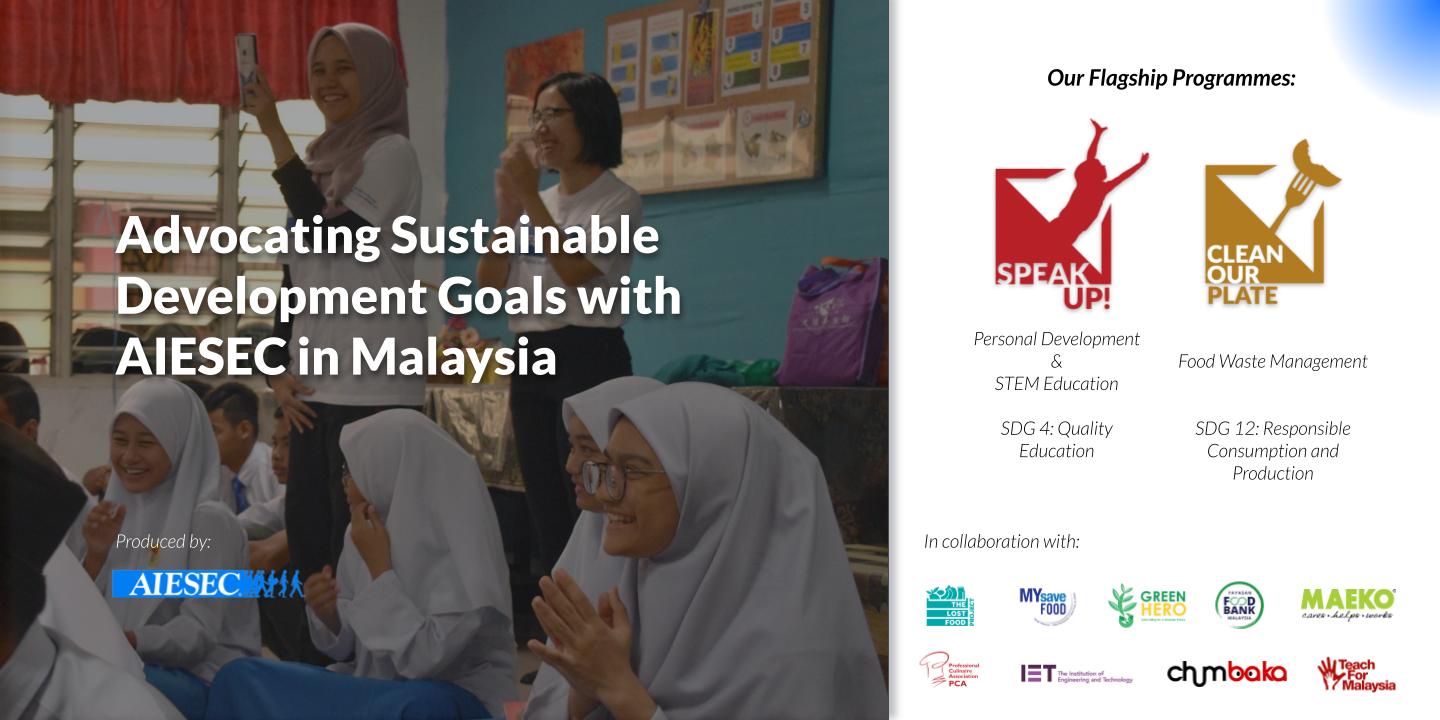